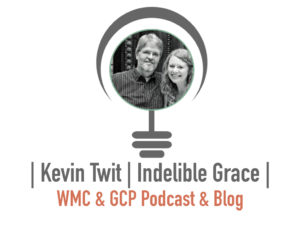 Rev. Kevin Twit was born in 1964 and is a graduate of Berklee College of Music and Covenant Theological Seminary. He worked in the music industry for several years both as a guitarist and recording engineer. He served as a Pastor at Christ Community Church for 8 years, and has been the RUF Campus Minister at Belmont University since 1995. In 1999 Kevin began Indelible Grace Music with some of his students. Indelible Grace has been at the heart of the movement to reset old hymn texts to new music and they have recorded 8 CDs as well as a documentary film, “Roots And Wings: The Story Of Indelible Grace And The RUF Hymns.” Kevin is married to Wendy and they have 3 children, including a daughter they adopted from China in 2005. Kevin is also an adjunct Professor at Covenant Seminary and Belmont University teaching classes in hymnody and has lectured widely on topics of hymns and worship. He enjoys composing hymn tunes, disc golf, and German board games. www.facebook.com/indeliblegrace