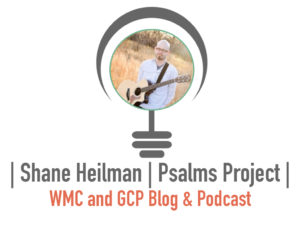 The Psalms Project’s musical mission is to set all 150 Psalms to music, including the essential meaning of every verse, with accuracy, cultural relevance, and musical excellence. In pursuing this mission, we aim to…

1. Demonstrate the power of singing the Scriptures in worship for the purposes of praise, intercession, spiritual warfare, healing, lament, and prophecy.
2. Promote Scriptural integrity in worship by presenting the uncensored Psalms in worship in all their range of emotion and theological purpose.
3. Promote poetic skill in worship music lyrics by capturing the poetic excellence of the Psalms.
4. Teach the body of Christ God’s Word through the aid of music.

The Psalms Project is a non-profit organization whose mission is to raise money and awareness for world missions to the poorest and most hopeless places on earth. All of the profits generated by the music, concerts and merchandise is donated to Christian mission efforts focused on sharing the Gospel of forgiveness of sins, healing, and deliverance through faith in Jesus Christ.

How It all Began

The Psalms Project began in the summer of 2006 in White River, SD, near the Rosebud Indian Reservation. I was on a mission trip there with a team, and during a sweet time with the Lord, I suddenly felt compelled to set Psalm 1 to music. The music came easily that day, and within half an hour, I had a chord structure and melody I liked for the first three verses. I thought the song was odd and unconventional in structure, but I liked the lyrics and the song’s meditative tenor, and I even began to have grand delusions of setting all 150 Psalms to music. I knew that the idea of the Psalms set to music was nothing new, but I became tantalized by the idea of all the Psalms being set to music, including the essential meaning of every verse, instead of gutting and censoring the Psalms and isolating some verses from their context. I also was intrigued by the idea of making these songs stylistically listenable yet innovative by combining modern, familiar instrumentation with unconventional structure and style – a marriage of King David’s vision with the best qualities of modern worship. There is tremendous power in the spoken Word, and perhaps even more so when sung.

Initially, though, I didn’t get very far. After finishing Psalm 1, I came up with a chord progression that I really liked for the beginning of Psalm 2. However, I only got a few verses into it before realizing that this whole Psalms-set-to-music thing was going to be very, very hard. There were Hebrew idioms that needed to be untangled, and the marriage of melody to lyric was not coming as easily as it was before. So, I put Psalm 2 on the shelf, where it stayed for almost three years.

In the spring of 2009, with the dream of trying to set the Psalms to music now far out of my mind, I committed myself to memorizing Psalms as a spiritual discipline, starting with Psalm 2 since the song I’d written for Psalm 1 had locked that psalm into memory. As I lay in bed one night reciting Psalm 2 in my mind, the words came to life. I began to see the connections between the verses, why this came after that, and the overall message of the psalm, now clear, reverberated deeply within me. “This should be a song,” I thought to myself, and after quickly realizing that Psalm 2 originally existed as a song, I remembered the chord progression I had written years earlier. Equipped with a fuller understanding of the psalm, I began to compose a new melody in my head to the old chord progression. As I realized things were falling into place, I hopped out of bed at 1 a.m., headed downstairs, and finished the first section of the song before retiring for the evening. When I picked up the writing the next day, more thematic chords and melodies were born, and my Psalms dream, the vision I’d gotten in White River, was more alive than ever. As spring turned to summer, the vision of The Psalms Project no longer seemed merely possible – it seemed inevitable. By the end of the summer of 2009, I had set Psalms 1-5 to music. The Psalms Project was a reality – with, I thought, a significant amount of potential.

After Psalms 9 and 10 were set to music in the summer of 2010, I sensed that I had enough material for the first album. Since this project had always been about making the Psalms heard in as complete and quality a format as possible, a vision quickly developed of incorporating as many local (or even non-local) artists, singers, and musicians as possible to contribute to the project as a testimony to the diversity of the Spirit’s gifts, the unity of God’s people, and the power of His Word. Another vision for this project has been to donate the vast majority of the profits to world missions. I felt that for this project to truly be about God’s glory, it needed to be about His mission, to bring justice to the orphan, the fatherless, and the widow around the world (as so many of the Psalms emphasize), to spread the Gospel of Jesus’ death and resurrection on our behalf to give us new life in Him. There is no greater cause. By purchasing or promoting this project in any way, you are contributing to our vision and mission, even if you do not directly participate in the writing, recording, or live concerts. There is tremendous peace and joy in being a part of something larger than ourselves. Thank you for joining with us.

“And Jesus came and said to them, ‘All authority in heaven and on earth has been given to me. Therefore go and make disciples of all nations, baptizing them in the name of the Father, and of the Son, and of the Holy Spirit, and teaching them to obey everything I have commanded you. And surely I am with you always, even to the very end of the age.’” – Matthew 28:18-20