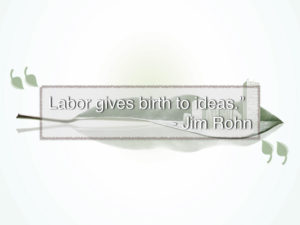 Sir Winston Leonard Spencer-Churchill, was a British statesman who was the Prime Minister of the United Kingdom from 1940 to 1945 and again from 1951 to 1955. Churchill was also an officer in the British Army, a historian, a writer (as Winston S. Churchill), and an artist. He won the Nobel Prize in Literature, and was the first person to be made an honorary citizen of the United States.¹ Amongst his numerous writings and teachings can be found his tips on creativity.

At the Garden City and The Doxology Project we focus a lot on creativity not only in craft but in character. To be on mission for Christ, and to worship him, we must engage not only where we are going, but what we are becoming. As you read Churchill’s list of principles, notice how many of his keys to creativity relate more to character (who you are) than to the actual task at hand. In Churchill’s mind, a creative: