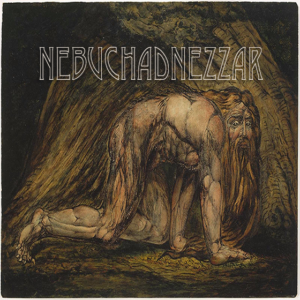 Nebuchadnezzar was a powerful King, descending upon the world with great political force—one of great sadness and tragedy, at that.  Not only did he use his power to besiege God’s city of Jerusalem(1)–bringing back its treasures and people to be dedicated to his “gods,”(2) even as God granted him favor and power amidst his arrogance(3)—

Nebuchadnezzar still tried to seek prosperity and prowess apart from the Lord’s wisdom(4).  This led this powerful ruler to become only more frustrated and angry(5) as God continued only to allow him to dream dreams about the inevitable fall of his piteous and puny empire(6).

Sure, Nebuchadnezzar tried to ride the shoe-strings of righteous men for awhile (a.k.a. Daniel)(7), but his arrogance continued to lead him toward idiocy, such as erecting an image of himself to be worshipped as “god”(8) and sending those who would not worship him as god to a fiery end(9). In the end, his self-inflated, Narcissistic tirade again made him the fool when three men of God—Shadrach, Meshach, and Abednego—stood in the king’s faulty fire of smoke and mirrors as the power of Creation’s REAL GOD put Nebuchadnezzar to shame.  In the midst of all the heat, power, and might that Nebuchadnezzar could muster, God walked with his people untouched and clearly unhindered.

The Scripture reveals that the King did, in fact, turn toward the Lord in this moment—in catching a glimpse of this power within his fire—and as a result, he called all those in his kingdom to worship the God of Daniel(10).  Even his own lips were brought to utter the phrase, “How great are his (God’s) signs, how mighty his wonders! His kingdom is an everlasting kingdom, and his dominion endures from generation to generation.”

After this, Nebuchadnezzar had another dream(12), in which God painted him as an exotic tree, filled with the birds of the air and possessing a reign rising above all the land.  However, in the vision, it is clear that Nebuchadnezzar’s fortune was not to last long.  The Lord said to him, “O king: It is a decree of the Most High, which has come upon my lord the king, that you shall be driven from among men, and your dwelling shall be with the beasts of the field. You shall be made to eat grass like an ox, and you shall be wet with the dew of heaven, and seven periods of time shall pass over you, till you know that the Most High rules the kingdom of men and gives it to whom he will.”  In fact, this is what happened not long after (13), and it led the pouting King to praise the real LORD once again and declare that no earthly power or authority can “stay his hand(14).”

Now, there’s a lot that could be mentioned here about the story of Nebuchadnezzar—his pride, his political arrogance, his use of God’s resources—but I want to specifically focus upon two aspects in all of this: 1) Nebuchadnezzar’s conclusions and 2) Nebuchadnezzar’s warnings.

Nebuchadnezzar becomes one of the Bible’s greatest theologians.  He encounters God while playing God’s enemy and is soundly defeated without so much as putting up a fight worth fighting.  The evil, vile, and perverse mouth of this king is brought to his end and utters the sweetest praise of God and demonstrates the whole reason behind why God reveals Himself in the first place.

God makes Himself known not so that we would try to understand him, boxing him in like some little, domesticated animal that suits our bidding and earthly aims, but rather to see him walking unhindered as a ferocious and tender lion amidst the hottest flames of the world, beckoning us to trust Him, worship Him, and in that find the truest delight to fill our doubtful souls.  Seeing him as Nebuchadnezzar did, and knowing him as such, should lead us to worship.

God clearly gives Nebuchadnezzar the way to respond to this revelation of his humility and inadequacy in light of God’s revealed supremacy.  God calls Nebuchadnezzar’s actions an encompassing name—“sin.”  He tells the king not to try to keep fighting heaven and earth by building a kingdom unto his own name, but to seek God’s kingdom, building a life that brings praise and glory to the God of heaven.

This is very instructive because I’ve often wondered why people like me, and Nebuchadnezzar, keep building our own kingdoms in sin when we’re clearly warned not to.  Well, this is the mindset of the sinner.  We believe that in serving ourselves we bring our soul its greatest desires.   However, God demonstrates that when we serve Him, we acquire diamonds, and when we sin, we play with coal!

God warns the king here not to keep on sinning because it’s to his own detriment, for it not only kills his prosperity and keeps those in need in their poverty, but it cuts everyone off from experiencing the true treasures for which we are made.

This is the secret to not becoming like King Nebuchadnezzar.  We don’t avoid his fate by “avoiding sin,” but we gain God’s aims by seeking Him.  We waste ourselves on righteousness, therefore leaving no thirst, appetite, nor frankly any time to run after dirt piles (a.k.a. sin).

Conclusively, this evil king leaves us with timeless wisdom in understanding our worship and mission in this life.  We are not to seek the powers at hand that promise to give us earthly riches and lands—that’s what Nebuchadnezzar certainly did.  We are recognize, worship, and aim at something and someone higher in all our earthly aims and desires.