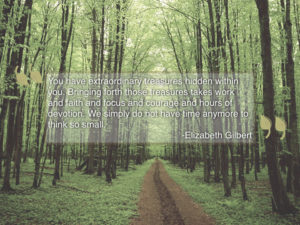 Every artist faces rejection. For writers it’s usually at the hands of an agent, editor, critique group, beta reader, or terrible Amazon review. To be clear, rejection is not the same as helpful suggestions or critiques (like ways to strengthen underdeveloped characters, plot holes, the dreaded sagging middle, etc). Rejection is a flat out dismissal of a writer’s ideas, work or abilities.

Although some writers are able to deflect or ignore rejection without much of an emotional toll, others become locked in one of two common responses.

The first is to let it become a Crossroads Moment. This is where you give up. It was a mistake to believe you could succeed. Time to put aside silly dreams and return to the real world, away from the crapshoot of writing.

The second is to let rejection burrow deep down into your soul, where it becomes so intertwined with your being that it’s hard to tell where the rejection ends and you begin. In the back of your mind, everything you write is a “so there” in the face of that person who rejected you. Instead of letting an inspired, organic story unfold, your simmering resentment becomes the guiding light of your tone, direction and message.

Unchecked, the words that so wounded you will become the force that drives and possibly destroys your writing.

None of us will ever suffer rejection to the degree that God has. He wasn’t rejected by a group of critics or a few snarky reviewers on Amazon; rather, His own creation rejected Him. The final masterpiece of Genesis, humankind, rejected and continues to reject its Creator.

What if my manuscript came to life and started heckling me? What if the sentences I wrote began mocking my attempts at writing? Would I have the courage and strength to continue? No. I would be terrified.

But what did God do? Give up? Grow bitter?

Hebrews 12: 2-3 tells us what this Creator did in the face of utter rejection and what He expects His followers to do.

We are to, “[Fix] our eyes on Jesus, the author and perfecter of faith, who for the joy set before Him endured the cross, despising the shame, and has sat down at the right hand of the throne of God. For consider Him who has endured such hostility by sinners against Himself, so that you will not grow weary and lose heart.”

God did not give up on His creation because it rejected Him. Nor did he grow embittered or antagonistic toward the work of art He had so lovingly crafted. Instead, He forgave, He loved and He sacrificed. Through every moment of humanity’s history and into our very now He continues to author the story of His people, working to perfect and redeem all the places His creation has hopelessly tangled the plot.

Taking a Leaf From God’s Book

Writers and other artists, especially ones who are followers of Jesus, need to emulate our Great Author’s example. Instead of allowing harsh criticism to destroy me or define me, I can let go. I can forgive and move forward. While I will never have the ability to see my creation with God’s perfect clarity, I can listen, learn and strive to improve. I can be brave, even in the face of rejection.

What if J. R. R. Tolkien, Madeleine L’Engle, J. K. Rowling, or Suzanne Collins had let negatives define them? Could they have connected to the deeper questions, fears and longings of the societies they live(d) in? Love or hate their work, all of them obviously struck a chord with their generation and affected the writing industry of their time. Could they have done this if rejection was in the driver’s seat?

As Elizabeth Gilbert says in Big Magic, “You have extraordinary treasures hidden within you. Bringing forth those treasures takes work and faith and focus and courage and hours of devotion. We simply do not have time anymore to think so small.”

Living in rejection is the smallest sort of existence, but I don’t have to stay there, praise God! Instead, I can fix my eyes on Jesus, the author of my faith and my story. Together, we can craft a creation of true and eternal beauty.

Kelly Baugh grew up as a true Colorado mountain girl and her adventures have taken her from war-torn Kosovo to the mountains of Nepal to the drama of the Terrible Twos and everything in between. These experiences have given her a rich reservoir of experiences and people to draw from in her writing. For the moment she resides in Colorado again with her husband, two children and two hyper huskies. You can find out more about her books at westnowthen.com