Home » Leadership » The Oscars and your Worship Ministry

The Oscars and your Worship Ministry 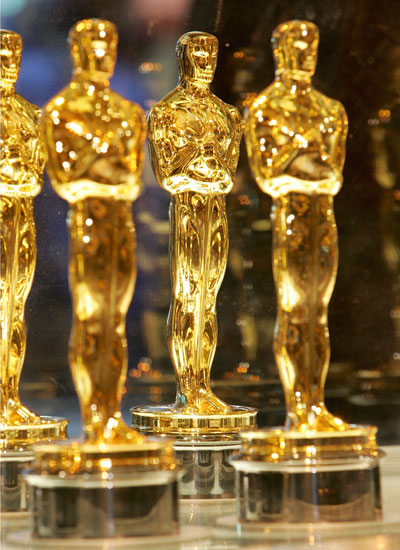 Granted, the people we might have watched on TV, Sunday night, March 7th, weren’t volunteers, there’s a lesson we can learn – Appreciation.

You don’t have to watch any awards show for long to recognize two things: first, people like being appreciated, second people need an opportunity to thank people who have helped them succeed.

The first is obvious, something we think about and probably do quite often (hopefully). If you’re not in the practice, it would be a good practice for you to get into. That practice is, regularly thanking your volunteers. Say thanks after a worship service. Say thanks after a rehearsal. When someone tells you they spend time working on their parts during the week, say thanks. Send thank-you notes as often as you can. Take every opportunity to pat your volunteers on the back.

We should also create specific opportunities to thank volunteers. I’ve done something that I call the WAMMIES (Worship Arts Ministry Most influential and exceptional service) awards. I went with that because it’s a play on Grammy’s (just in case that wasn’t obvious to you;) and because it’s kind of corny and funny. It was an event, obviously not at the same caliber as the Grammy’s or the Oscar’s, but it was a classy event in its own right. We brought in a chef to cook the food, we hired waiters and waitresses to wait on the tables. I bought personalized awards to hand out. It was a great night. And not only did it give me an opportunity to say thanks it did something else. That leads me to the second point.

We need to give people an opportunity to thank others. It’s a great example for us to be thankful to others. But we can’t stop there. Some of us hesitate to let people talk and say things impromptu, and sometimes it backfires on you. But, a lot of the time you can accomplish things while others are talking that are hard for you to accomplish on your own. When you give people the opportunity to say thanks they will inevitably reinforce your values as a worship arts ministry or whatever your volunteer organization. They can do in a quick “thank-you” speech, what you wouldn’t be able to accomplish in a 30 minute lecture on your values.

Remember this, What’s rewarded get’s repeated. John Maxwell says, if you reward your eager beavers the same as you do your goof offs, you will soon find yourself with more goof offs than eager beavers. Take time to reward the people who are doing what you want them to do and people will notice. Whatever you do, don’t reward the goof offs. This sounds like common sense, but it can be harder to do than you think. The reason is that goof offs often come in the class-clown format, and a lot of people like the class-clown. But if you have a class-clown in your ministry, who just comes and wings it, at the same time having people who have put in their time to be prepared, you must resist the urge to give in to the class clown. Pat the eager beaver on the back, not the goof off.

When you see awards ceremonies, let it be a reminder to you that we need to be thanking our volunteers. We are dependent on them, we fail without them.